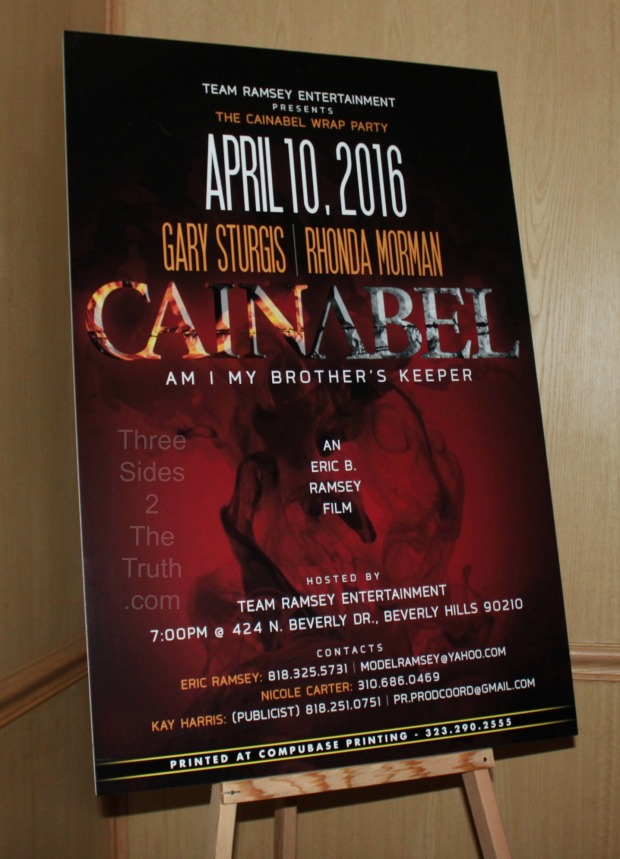 Last night the Indie film CainAbel written and directed by Eric Ramsey was held at a venue in Beverly Hills, CA. The film stars Gary Sturgis and Rhonda Morman.

CainAbel is the 2nd short film within 2 years for Eric Ramsey. In 2010, he co-wrote, executive produced and starred in Black Rain. Eric wrote, directed, and produced Unspeakable Indiscretions that is receiving rave reviews throughout film festivals across the country.  CainAbel, is a modern-day version of the biblical story about Adam and Eve’s sons. 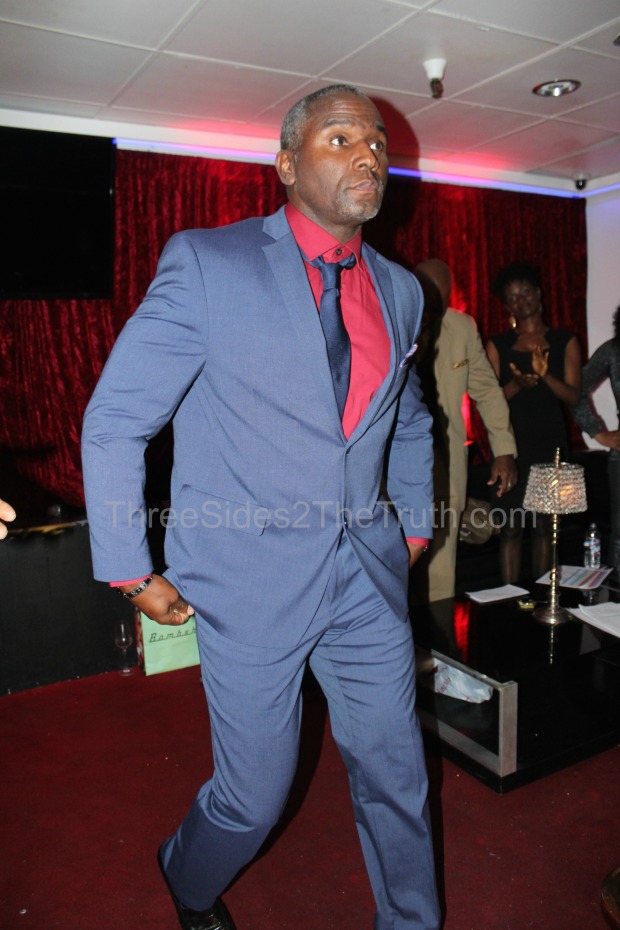 Ramsey created the Rammys which were to honor and recognize those that worked on the film. Some of the comical awards were Best Prostitute, Best Funeral Attendee, Best Prisoner, and Best White Supremacist to name a few. 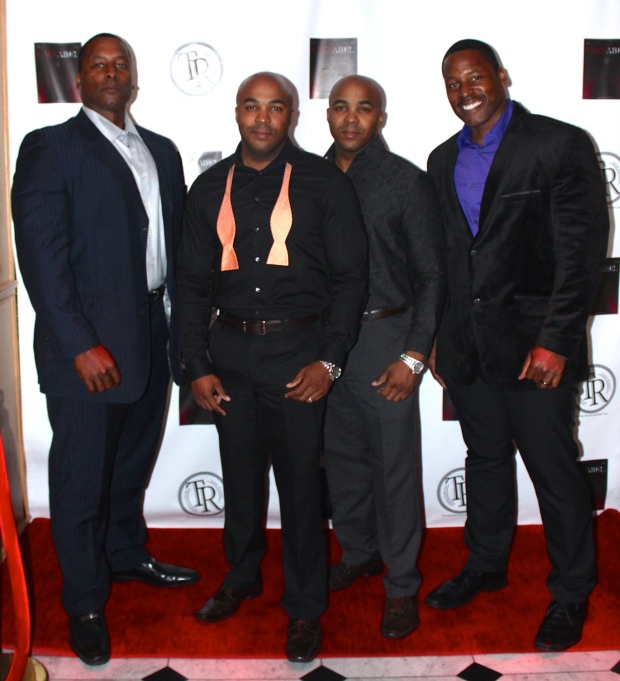 The party was entertaining to say the least. There was a comedian to keep the crowd going by the name of Joe Fox. There was a fashion show produced by fashion Designer Leontine Abdullah showcasing a few of her designs. A few singers graced the stage including Sabrena Whitley Robinson also a cast member for CainAbel. 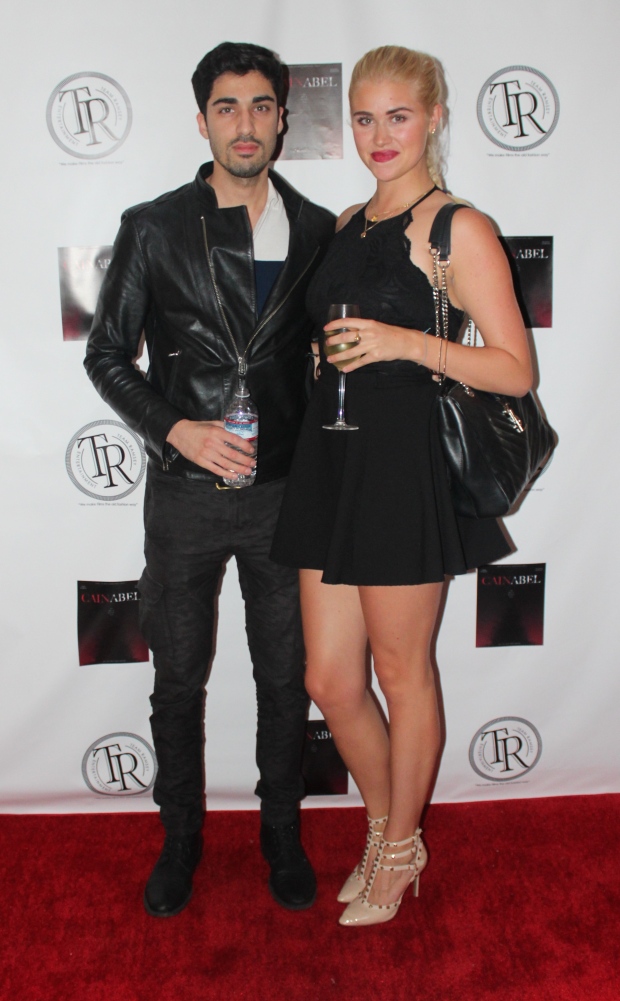 Pieces from the Leontine Collection 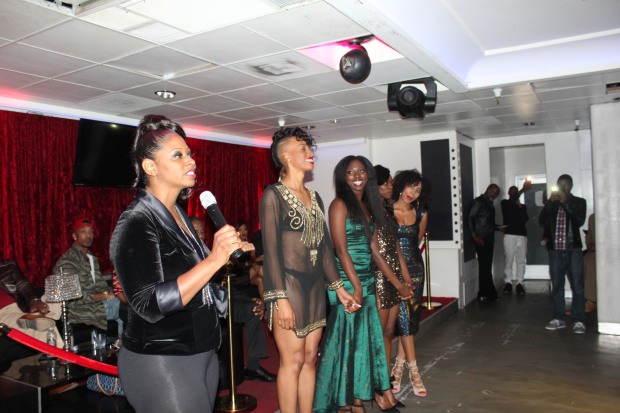 Leontine Abdullah and her models (who are competing to travel with Leontine to Paris and London for Fashion Weeks.) The Leontine Collection 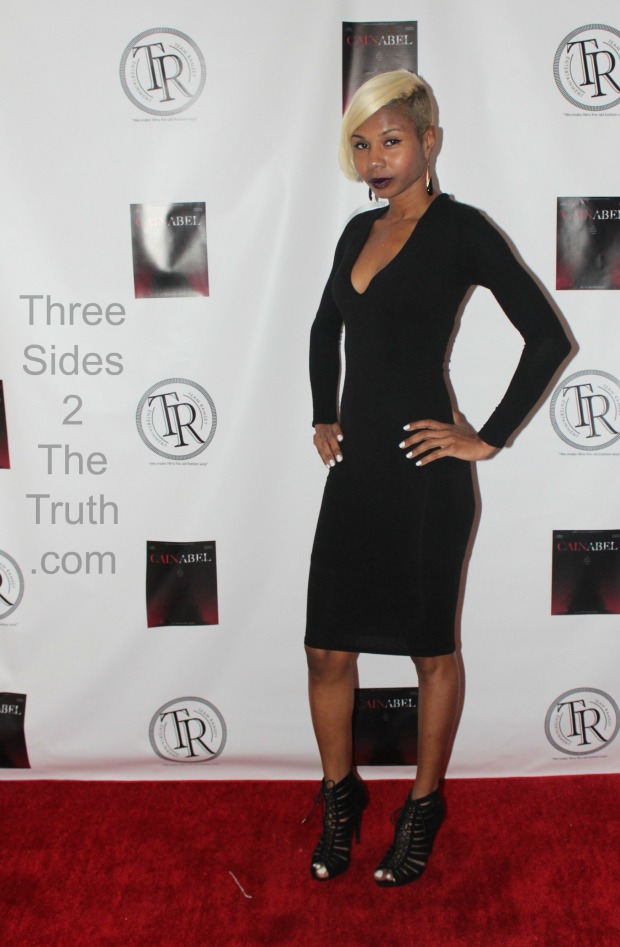 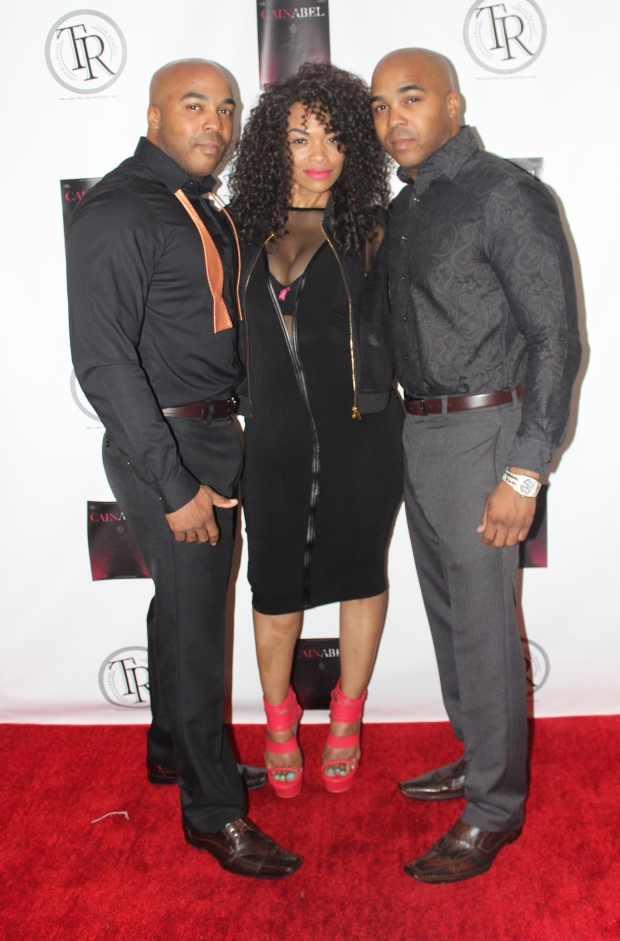 CainAbel will be premiered on May 5 in Los Angeles. Subscribe to ThreeSides2TheTruth and stay up to date on more about this movie.

I had to post some images from an amazing photographer Deadra M. Bryant today. I was watching the Wendy Williams show and caught this image that Deadra shot for the upcoming film Runaway Island on TV1. 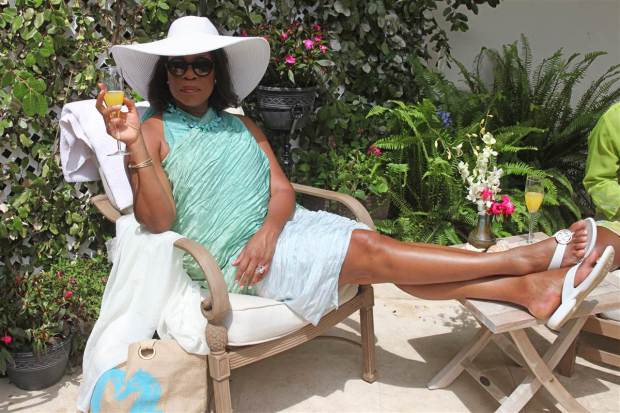 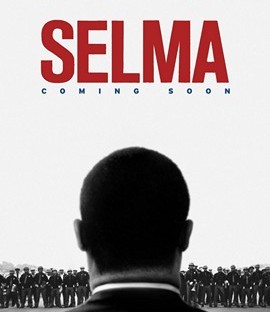 “Selma” will premiere on December 25 in theaters nationwide, but those that attended the AFI Film Festival this past week, got a 30 minute glimpse followed by a conversation with producers Oprah Winfrey, Dede Gardner, Jeremy Kleiner, Ava DuVernay and actor David Oyelowo. The film received a standing ovation.

Before today, “Selma” stood as the last unknown quantity of awards season; now, with the new trailer and a forthcoming 30-minute preview of footage at the AFI Festival in Los Angeles, its a fresh contender on the block. David Oyelowo stars as King, but the cast for this one is big: Tom Wilkinson, Cuba Gooding Jr., Alessandro Nivola, Giovanni Ribisi, Common, Carmen Ejogo, Tessa Thompson, Andre Holland, Keith Stanfield, Wendell Pierce, Niecy Nash, Lorraine Toussaint Tim Roth and Oprah Winfrey, who also produced the film.

The film, written and directed by Ava DuVarney, focuses on a three-month stretch in 1965 when Dr. Martin Luther King Jr. organized a campaign to ensure equal voting rights for all men and women.

Are you going to see Selma when it hits theaters this Christmas? Leave me a comment if you saw the trailer, what did you think? 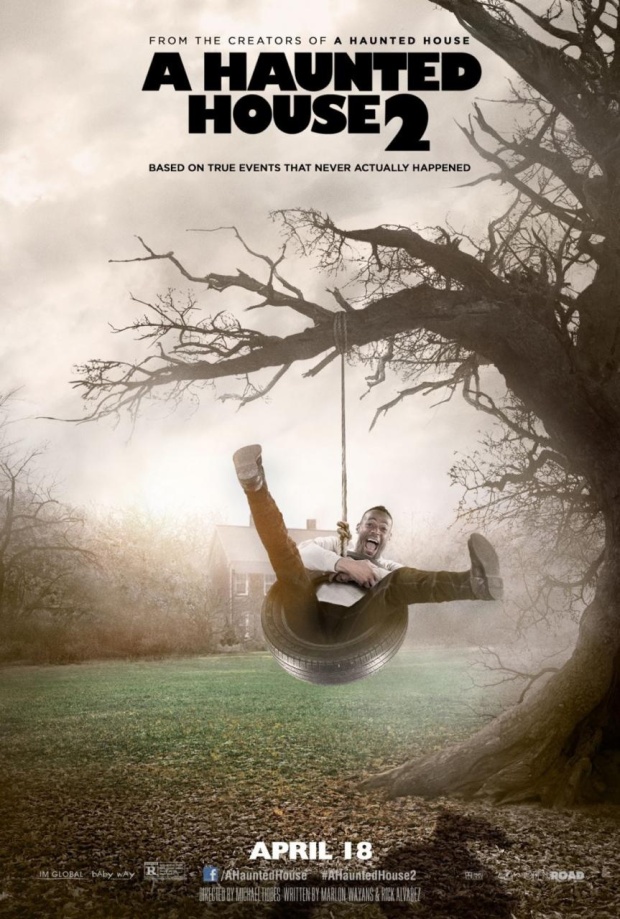 The premiere of Marlon Wayans’ latest flick “A Haunted House 2” hits theaters this Friday Apr.18. I had the pleasure of attending the premiere and the After Party at Lucky Strike Bowling in Los Angeles.

There were numerous celebrities that came out to support the film such as Omar Epps and his wife Keisha (Total), Floyd Mayweather, Cedric the Entertainer, Brandy, and Jaime Pressly just to name a few, and of course a slew of Wayans were on deck.

The movie was a good follow up to the first A Haunted House film. You see Malcolm (Wayans) moving on from his last relationship with Kisha (Essence Adkins) to his new love interest Megan (Jaime Pressly). There were a few scenes that some would deem borderline x-rated, or offensive, but I suggest you go see the film and then make your own opinion. If you love to laugh then you will enjoy it either way.

One of the best scenes was when Malcolm was explaining to the doll why a relationship would not work. By far you can see the growth of Marlon Wayans in his comedy.   From there the laughs continue in a roller coaster fashion throughout the film. This is not a typical film for anyone younger than 18 (although the youth of today have probably seen and or experienced worse), but this is not the movie for them.

Be sure to check out A Haunted House 2 in theaters this Friday, April 18.

Leave a comment about if the film was borderline X-rated in some scenes?

Fan of Empire? Shoot a Like on the FB Fan Page!

Earn Cash With Your Car!